Roll over image to zoom in
Click to open expanded view

What makes CANNABRYL a potent, effective, and pure medicine?

From Raw Material procurement, processing formulations, and packaging, Indogenix Biosciences employs some of the world's latest and best methodologies and processing machinery. It will be interesting to know how we do all our stuff right at every step. Beginning with procurement, the raw material (cannabis Sativa) is sourced from lower Himalayan ranges (Shivalikrange ) where cannabis grows naturally in the mountainous region on lands that have never been cultivated. The soil is extremely fertile and rich in nutrients. Therefore crop remains fertile and rich in nutrients. The crop is naturally irrigated from the moisture absorbed by the soil. The soil maintains a natural moisture level through mountainous streams and ranges. The biggest advantage of native Himalayan cannabis is that it gets an abundant amount of sunshine. Water never stagnates around roots since the plant grows on mountainous slopes. Cannabis sativa plant is native to the Himalayas and seeds have undergone a natural selection process, wherein Nature itself chooses the healthiest seeds to germinate and survive. This continuous adaptation of plants along with climate changes results in enhanced Cannabinoid and other phytochemicals presence resulting in cannabis Sativa extract being more potent and effective. Farmers employed to pluck the raw materials are Native Himalayan Villagers and tribesmen. These people know cannabis plants' herbs for ages, they are using the plant not only in traditional medicines but even in cooking. These farmers manually select the required plant leaving out unhealthy, or plants of different cannabis strains altogether leading to a very pure medicine repeatedly. Season plays a vital role in gaining a better quality of cannabinoids, as we know each crop has a particular season and particular climate, if a suitable climate is not available the plant will not have the required phytochemicals in it. There is a particular region in the Himalayas “Parvati valley” which produces the finest quality of Cannabis extract in the whole world, we try to source the raw material (Dried BioMass) from this valley as our priority. Our studies have shown that this valley produce has special cannabinoids which are rarely found in the crops grown in a house in absence of natural sunlight. After the Dried mass reaches Factory, it is processed by skilled labor to remove dust particles, unwanted material in presence of pharmacists. Then the Dried biomass undergoes an in-house developed pre-storage process using natural herbs so that no phytochemicals are lost even after six months of storage. Dried Biomass processing employs Pure Borosilicate Glass and high-Grade stainless steel SS 304 types of equipment. The material never touches bare hands and is processed in a Pharma lab which has electronic gadgets to catch up with the Microbes. (Class A Chambers). Initial Processing Of Cannabis Can be done in a couple of ways, most popular methodology is Ethanol Based OR Co2Based extraction. Indogenix has specifically chosen to use 100% food grade 99% proof Ethanol sourced as a side product from the sugar industry. We make sure after extraction is complete No trace of Ethanol is left behind in medication. Each batch of medicine is tested by a third-party test facility. At Indogenix Biosciences' packaging facility, we make sure before filling the medicine, all syringes, vials, and glass bottles are completely sterile. The syringe barrel is washed with Recycle WFI temperature NLT 700 C (First Wash) and then with WFI temperature NLT 700 C (Second Wash). Then the syringe barrels are dried with a compressed air filter through a 0.2 μ Filter. Glass Bottles are washed with Purified water in an ultrasonic washing machine and dried at 200C for 30 minutes in the oven.

However, the endocannabinoid system can only regulate these areas when working properly. When this system fails, we see an increase in disease and disorders, like migraines, fibromyalgia, and IBS. Thanks to advances in medical science, we’ve discovered that when the body fails to produce enough of its endocannabinoids, we may be able to supplement with plant cannabinoids. The Endocannabinoid system is a very complex system with multiple neurological and immunological roles in the body. For example, where there are tissue inflammations generating pain, the Endocannabinoid system is activated on mast cells, at the peripheral nerve terminal, the dorsal horn of the spinal cord and at most sites processing pain signals up through the CNS to the cortex. Interestingly, CB receptors are sparse in the vital centers of the brainstem which probably explains the complete lack of any death recorded in the medicinal literature directly caused by toxicity from excessive cannabis consumption. The lethal dose of tetrahydrocannabinol (THC) has been estimated as a possible 9g/kg for monkeys which is likely to be the best estimate for a human. Used as a medicine, the current maximum dosage is 32.4mg of THC.

Sativa Cannabis extract when extracted from the plant has got most of its CBD and THC in acidic form, leaving a minor portion of CBDa & THCa which gets converted into CBD and THC during the natural process of sun-drying when the plan is alive still. CBDa and THCa have special benefits and the presence of these two chemicals in the Cannabis extract makes it Raw Cannabis extract. Radiation and chemotherapy trigger the body to release excess serotonin, causing nausea and vomiting. While vomiting can typically be controlled with medication, nausea (vomiting sensation) is harder to control. Many cancer patients say that nausea causes much more distress than vomiting because nausea is a continuous sensation. One in five patients considers discontinuing cancer treatment to not experience nausea. Scientists have demonstrated that CBDA can affect the body’s 5-HT serotonin-producing receptors, hinting at a potential use for CBDA as a medication for chemotherapy-induced nausea/vomiting (CINV) and other conditions that induce these symptoms. Although CBDA cancer research to date has only been on isolated cells, initial studies indicate that CBDA might stop the migration of a highly aggressive form of breast cancer cell known as MDA-MB-231. With the help of Ayurvedic Research college in Bhopal, doctors and Indogenix Biosciences lead a clinical validation studying the effects of CBD on pain and inflammation, using Raw Cannabis Sativa Extract SRV1500mg. The results were astonishing. Through their research, they discovered a multitude of other health benefits of CBD they never anticipated. Our team ran additional follow-up studies that concluded CBD is nothing short of a real medical miracle.

**Cannabryl Products will be shipped directly to you by the company.**

Laboratory research in controlled environments outside of a living organism has shown that CBDa has potential anti-inflammatory properties, due to the inhibition of COX-2 (cyclooxygenase) activity. COX-2 is expressed by cells that are involved in inflammation and have emerged as the isoform primarily responsible for the synthesis of prostanoids (PG – a group of complex fatty acids) involved in acute and chronic inflammatory states of pathological processes. Classical nonsteroidal anti-inflammatory drugs (NSAIDs) have been shown to inhibit both COX-1 and COX-2 activities. Inhibition of COX-2-dependent PG synthesis accounts for the anti-inflammatory and analgesic effects of NSAIDs, whereas suppression of COX-1 can lead to many unwanted side effects. Thus, it has been assumed that specific inhibitors for the COX-2 enzyme might have ideal therapeutic actions, similar to those of classical NSAIDs, without producing any adverse effects, caused by the inhibition of COX-1 activities.

In a patent registered in 2015 by GW Pharma, the anti-seizure effect of CBDa has been studied and explained. Having already a CBD-based drug for treating rare types of epilepsy, such as Dravet Syndrome, the company noticed some limitations, such as the poor bioavailability of the product and its need to be administered at high dosing.GW Pharma has found that by adding lower amounts of CBDa the therapeutic effect of the drug was more potent, in terms of faster action and stronger effect, and less likely to cause side effects. Moreover, it had a superior bioavailability, which they suggested could mean a quicker onset of the effects. In fact, the company envisages combining both cannabinoids as an anti-epileptic drug, as CBDa may be useful in providing a rapid onset effect, whereas CBD may be useful in providing an extended effect.

CBDa may help with Anxiety and Depression

CBD’s anti-anxiety effects have been much remarked on by many studies on humans with social anxiety and depression. Like CBD, CBDa activates the serotonin 5- HT1A receptor, also known to modulate feelings of well-being and anxiety. In a study, conducted on rats and published on European Neuropsychopharmacology, was shown that CBDa provided antidepressant effects at doses 10-100 times smaller than CBD, but further researches on humans are needed.

CBDa has lately shown possibilities to inhibit cancer growth. The link between cancer and the acid form of CBD was demonstrated in a study of 2012 on breast cancer cells. In this study was explained that CBDa can be involved somehow in cancer growth through the suppression of the COX-2 enzyme, a major instigator of breast cancer metastasis, as well as other forms of tumors. In similar ways, both THCa and CBDa have shown their anti-inflammatory effects, which make them a potential cancer-killer. A Swedish study of 2011 on the evaluation of six different cannabinoids, including also their acid forms, found that all six of these substances together provided a strong effect on inflammatory processes in laboratory colon cancer cell lines. They have shown that through the interference with the inflammatory process, they are able to inhibit cancer cell proliferation.

There are no reviews yet.

Due to the unexpected rise in poultry rates, prices of products containing chicken have been temporarily increased 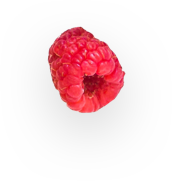 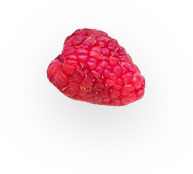 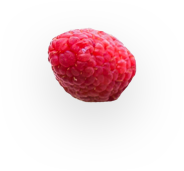 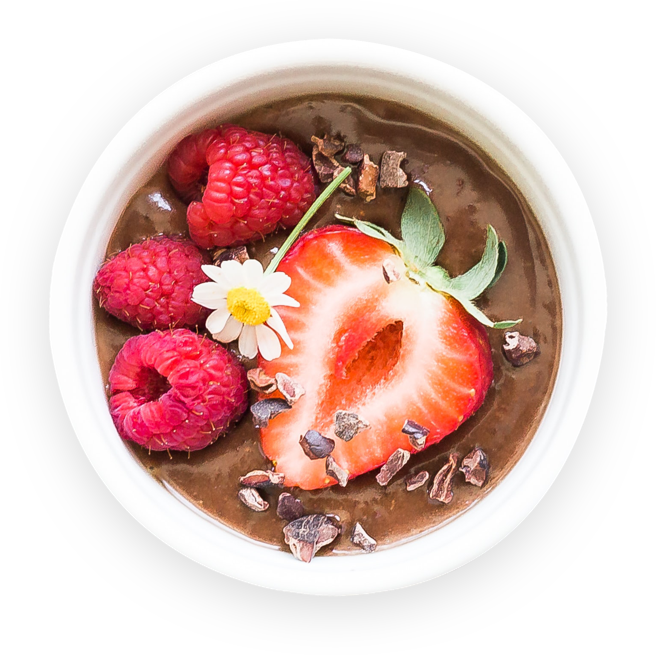